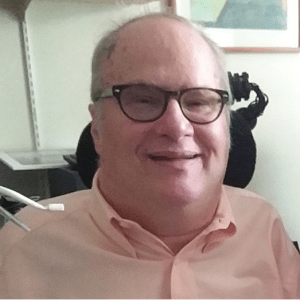 “I emerged paralyzed below the shoulders. Individuals told me directly that they would rather be dead than like me, while movies and TV showed characters with my disability clamoring for death.”

Since emerging paralyzed from a spinal cord injury more than 30 years ago, John has fought against a deadly cultural attitude: “you’re better dead than disabled.” With relatively privileged people pushing for “Death with Dignity” for themselves, less advantaged minorities and disabled people are destined to have their wishes sidelined as a cultural consensus forms that more care is “futile” or “too expensive.”

Insurance companies have already declined to pay for life-saving treatments and offered assisted suicide instead. Assisted suicide bills ignore solutions like funded community-based home care and Medicare for all which is much more needed than a lethal prescription.

John B. Kelly is the Director of Second Thoughts MA: Disability Rights Advocates against the Legalization of Assisted Suicide and the New England Regional Director for Not Dead Yet.