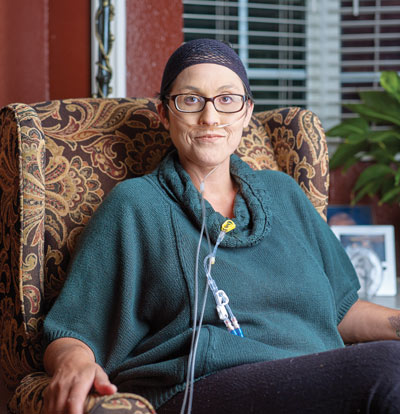 “I was stunned that much cheaper lethal drugs would be available to me rather than treatment to save my life, but fortunately, I eventually received coverage for the treatment I sought.”

When in 2016 Stephanie, 32 and a mother of 4, was diagnosed with scleroderma, the doctor gave her three years to live. When she requested that her insurance company help cover a new treatment for her disease, they denied her request, but upon being asked, reported that they would cover a lethal dose of drugs for a $1.20 copay under California’s assisted suicide law. Since 2016, Stephanie has been in and out of hospice, intermittently qualifying for assisted suicide laws.