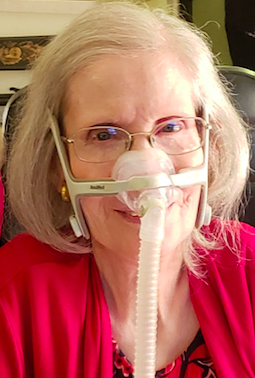 “Legalizing assisted suicide means that some people who say they want to die will receive suicide intervention, while others will receive suicide assistance. The difference between these two groups of people will be their health or disability status, leading to a two-tiered system that results in death to the socially devalued group.”

As someone who uses breathing assistance, Diane is constantly pressured by the pervasive, common attitude which considers severe disability a fate worse than death. This ableist judgment becomes grounds, under assisted suicide laws, for carving out a deadly exception to longstanding laws and public policies about suicide prevention services. The top five reasons patients request assisted suicide are not pain or fear of future pain; but, rather, existential concerns that are all-too-familiar to the disability community: “loss of autonomy” (95.5 percent), “less able to engage in activities” (94.6 percent), “loss of dignity”(87.4 percent), “losing control of bodily functions” (56.5 percent), and “burden on others” (51.9percent).*

Diane Coleman is the President and CEO of Not Dead Yet.