To Whom It May Concern:

We hope that CMS will require the State of Oregon to incorporate the perspectives of people with disabilities, who are disproportionately impacted by the state’s prioritized list of services by barring the use of the discriminatory quality-adjusted life year (QALY) as a consideration and ensuring that individuals with disabilities and significant health conditions do not face discrimination in accessing suicide prevention services, especially in the context of requests for assisted suicide under Oregon’s “Death with Dignity Act,” so called.

HHS deemed Oregon’s QALY-inclusive waiver applications in the past as “discriminatory and inconsistent with the Americans with Disabilities Act.”1 The State of Oregon, however, has admitted to prioritizing health services for coverage that uses the QALY, which perpetuates the discriminatory outcome by inherently devaluing of the lives of people with disabilities and deprioritizing them for care.2 The process uses QALYs both explicitly – as a direct part of the formula – and implicitly, through QALY-based analyses of factors within the formula.3 This is
unacceptable.

The State of Oregon is, therefore, not covering certain care, some of which is curative, based on the fact that the person has disabilities and their life is less worthy of the care. Additionally, the State of Oregon also chooses to provide coverage for some services that aren’t on the list at all. For instance, it is the policy of the state of Oregon to provide Medicaid coverage of physician-assisted suicide, including counseling and lethal prescriptions. The news has covered certain OHP patients who have been denied coverage of potentially life-extending health services that were “below the line” have been advised by OHP that physician-assisted suicide is a covered alternative.4 This outcome – preference for assisted suicide over treatment – is the direct result of the state’s discriminatory policies and is clearly unethical and in violation of disability and civil rights protections.

A denial or even a mere delay for coverage of life-saving or life-extending care while always covering assisted suicide is steering. A person who does not get covered for the life-saving or life-extending care would automatically qualify for lethal drugs under Oregon’s assisted suicide law, which requires a prognosis of six months or less to live. This six-month prognosis is NOT presumptive of receiving care, so a person with a perfectly treatable condition, like diabetes, HIV, certain lymphomas, and, yes, even certain psychiatric disabilities, like anorexia, who exercise their right to forgo care would then have six months or less to live, qualifying them for lethal drugs. The Oregon “Death with Dignity” Act annual report5 shows each year underlying conditions that would not otherwise be considered terminal illnesses, but for the denials or rejection of standard life-saving and life-extending care. This is unconscionable.

We believe it is time to end this failed experiment relying on discrimination to ration care and having the state thereby steer patients of economic disadvantage to opt for assisted suicide. That’s not choice, it’s coercion.

Thanks very much for your time and consideration. 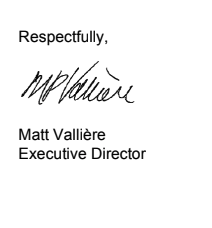