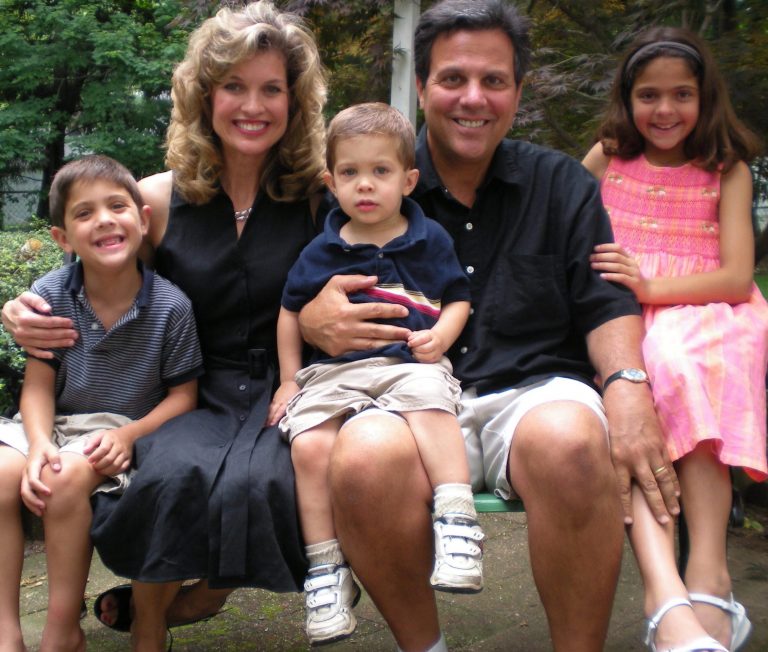 “My late husband, Paul, fought an 8 year battle against colorectal cancer. Six of those years were after being given a Stage 4 diagnosis. Paul lived far longer than any prognosis ever given to him by his skilled doctors at Dana Farber in Massachusetts where we live.

In fact, we even had an unexpected third child when his doctors said even that was not possible. Doctors’ prognoses are often inaccurate and patients can live much longer and fuller than ever expected. When he passed, leaving behind our 3 children, aged 10, 7, and 3, every unpredicted day of Paul’s life mattered.

In addition to cutting short his unpredicted longer life by an unnatural death, the further tragedy would have been all we would have lost that often only occurs during the very end stage of dying. In that time, even while on oxygen, weak and coughing throughout, Paul painstakingly made individual videotapes for our children expressing his love and hopes for them.

Paul and I cried together, prayed together, and shared intimate conversations of love and forgiveness. Those conversations were so healing —and they never would have occurred like that in prior weeks when he was feeling stronger.

And as I saw Paul weaken, it helped me to loosen my desperate grip on my beloved husband and to be able to let him go as well. Soon thereafter, with hospice support and with our 10-year-old daughter, Julia, who later said that if her dad had taken a cocktail to die that it would have felt like a betrayal to her— instead, she stroked his face and whispered, ‘Daddy, you can go home now; we will be okay. . .’ and Paul passed painlessly and peacefully.

Truly, I tell you, there is so much profound purposefulness in the very final stages of dying. It was such a sacred process that I would have never wanted to cut it short. Personally, I know that the subsequent grief that my children and I endured was immeasurably more uncomplicated and had more closure due to sharing in the natural process of death together.”