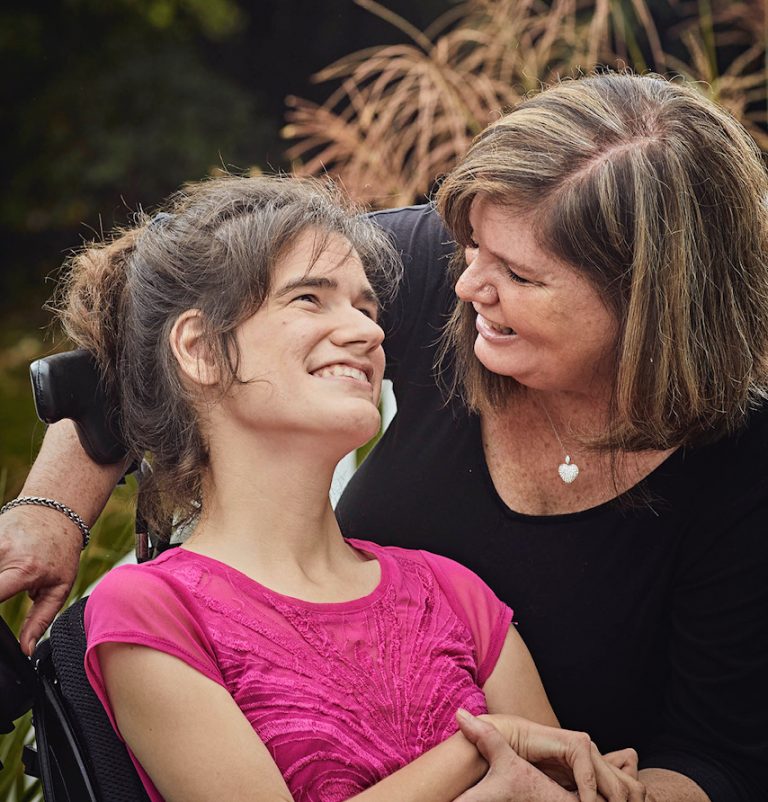 “There are no safeguards against social and medical bigotry toward a person with significant disabilities,
I agree with the National Council on Disability…”

In October 2019, the independent, federal agency National Council on Disability released a detailed report condemning assisted suicide,“…the council does not believe that added safeguards, modified safeguards, or indeed safeguards of any kind, will remove the inherent dangers in assisted suicide laws…the basic dangers of legalizing assisted suicide are inherent and cannot be eradicated.”* Terri advocates against assisted suicide on behalf of her daughter, Brigitte, who has multiple disabilities. As the Autistic Self Advocacy Network writes, “When people are offered the option of suicide but not the option of affordable home care, they do not have any meaningful choice. People with significant disabilities due to illness should not have to die in order to have dignity.”*